Visconti is delighted to announce its latest reincarnation of the Homo Sapiens series, the new Magma has arrived. 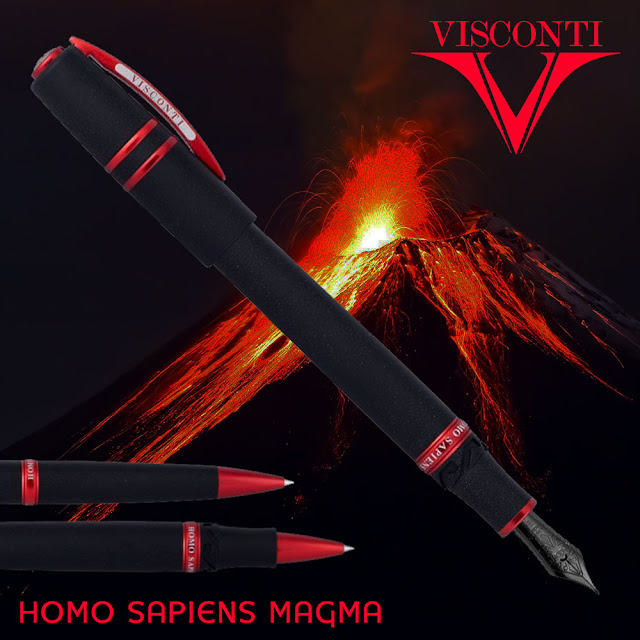 Visconti shook the fountain pen industry with a breakthrough both in design and use of materials when the original Homo Sapiens Bronze Age was launched. Carved from pure basaltic lava and enriched with resin materials, the pen encompasses the strength of ancient powers, juxtaposing its volcanic nature to a soft and smooth writing experience thanks to its Dreamtouch 23Kt Palladium nib. This award-winning writing tool was followed by the Homo Sapiens Dark Age designed with black ruthenium trims.

Today, the Homo Sapiens collection is still one of Visconti's signature writing instruments. Virtually unbreakable and naturally hygroscopic, the Homo Sapiens now comes in the "Magma" edition featuring red trims symbolizing the eruption of molten lava through the volcano's passageways. The glossy metal red trims give a fiery contrast against the matte black lava of the pen's body.

Lava has some incredible qualities making it the perfect material for writing instruments.