Times may be different, values stay. The Esterbrook Pen Company, a true American Original, is rewriting its long success story in modern times with a fresh new pen collection based on a complete rebranding. In 2018 the Esterbrook Pen Company was reborn, and it's newest pen, the Estie, was released. To celebrate the merging of old and new, the Estie takes designs from the past, and combines them with the technology of today to create a stunning piece of functional art. Estie's clean, understated design draws inspiration from the 1930's, with it's ringless center and narrow pocket clip, and it's exceptional Jowo nib and sealing cushion cap reveal the power of modern engineering and manufacturing. Keep reading to look back at the history of the Esterbrook Pen Company, and to learn more about the Estie, now available for purchase on ipenstore.com.

The Esterbrook brand has been relaunched as a revival of a true American Original, an iconic brand that used to be in everyone’s mind, hearts and hands in the fascinating period between 1860 and 1960 just like Apple is today. Never heard of the Esterbrook Pen Company? Here's a little bit about their interesting history…


Lets take a quick look back 160 years to Camden NJ. In 1858, entrepreneur Richard Esterbrook established his own pen company under the trademark Esterbrook Pen Company, which would soon become one of the biggest and most beloved pen makers in the world with over 200 million produced and sold pens per year. Fountain pens and great quality nibs were the hit back then, but Esterbrook offered the full range of pens, pencils and accessories in different finishes and designs.

It is not just a saying, but a big part of America’s history was literally written and created with Esterbrook pens. From US presidents Abraham Lincoln, John F. Kennedy and Lyndon B. Johnson who signed legislation with their Esterbrook pens, to famous Disney artist Carl Banks who brought Donald Duck to life with an Esterbrook No 356, to Peanuts creator Charles M. Schulz who used the No 914 for all his comic inkings. 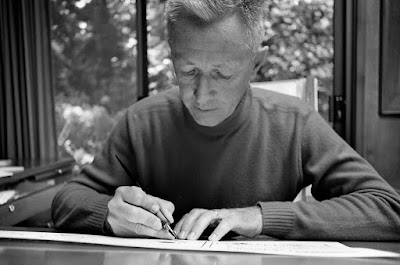 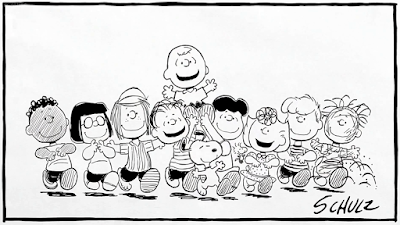 
Fast forward to 2018 and the original Esterbrook spirit has been brought back along with all the values that made the brand back then so successful. It’s founder’s entrepreneurial spirit, the outstanding quality at great value, full customer orientation including repair service and outstanding and creative designs that made the Esterbrook brand an early American icon and global player. And it is exactly those American values that fascinated Joel Blumberg, founder and president of Kenro Inc, the company behind the relaunch of the Esterbrook brand. Says Blumberg: “If you take the time to dig into Esterbrook’s heritage and how much this brand and its pens were part of great American history and cultural development, you start to see all those parallels to today and why a brand like Esterbrook still has its place in our digital world. That’s why we reintroduced and built the Esterbrook brand on the same values as it was originally born. Yes, times are different, but core values remain deep in all our DNA, and this is what we are building on with this brand relaunch”.

The timing couldn’t be better for Esterbrook to tap into the increasing consumer demand for well made, old fashioned quality items and the desire for products with a history and for authentic stories to be rewritten. Blumberg adds: “We decided to relaunch this iconic brand with what we call the re-concept. Re- means to do it again but at the same time looking back to the original state, this is exactly what the Esterbrook relaunch is in its essence”.


As Esterbrook’s manifesto states: We want to reconnect with consumers, rebuild interest in fine writing and penmanship, revolt against the decline of handwriting in American schools, reestablish brand image as America’s Original, regain trust and market share with retailers, and revive the values and spirit of Richard Esterbrook for the 21st century.


At iPenstore, we're proud to offer the Esterbrook brand. In addition to the Estie pens (available in fountain and rollerball), we also stock Esterbrook replacement nibs, and Esterbrook pen cases and sleeves. These cases are designed to perfectly fit Esterbook pens, as well as any other standard or over-sized fountain pen, rollerball pen, or ballpoint pen.


Find the Esterbrook Estie, and hundreds of other writing instruments, inks, refills, paper and more on iPenstore.com.